A stay in Berlin 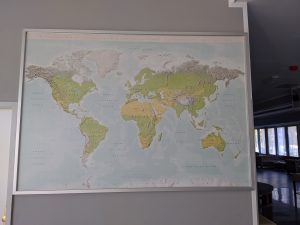 When staying in Berlin, it’s not just the city center that is interesting. Around Berlin are cities and excursion areas that are worth exploring. That’s why you should take as much time as possible for a vacation in Berlin. Of course, the high hotel prices in the city are often a reason to limit your stay. However, if you book on Ootel, you can book a hotel in a good location at a reasonable price. From such a centrally located Ootel hotel you can then explore Berlin and the surrounding area by public transport.

Werder / Havel – an inflorescence near Berlin

A trip to Werder / Havel is an experience in every season. Tree blossom and fruit and wine harvest are among the annual highlights in the pretty town. In Werder / Havel, after the hustle and bustle of downtown Berlin, you feel transported to another world. Rustic, single-storey fishermen’s houses revive the times of the 18th century and the reconstructed post mill and the Gothic church tower of the Holy Spirit Church also contribute to this impression. The best way to experience the romantic town of Werder / Havel is on a walk, or to go on a bike tour where you can also explore the surrounding area. If you are out and about in the spring in the Berlin area, you should not miss the tree blossom festival, which has been celebrated every year since 1879. There you also have the opportunity to try the typical specialties, such as fruit wine. You cannot get quickly by train from the main train station, Zoo train station, Alexanderplatz or Ostbahnhof.

Woltersdorf is also a short distance from the capital and is surrounded by water. A starting point for visitors in Woltersdorf is always the lock, which connects the Kalksee with the Flakensee and compensates for a height difference of 2.1 meters. In the summer months, the lock is an excursion destination for Berliners who come for water sports or simply for a cozy picnic. On a hike to the 104-meter-high Kranichsberg, you can visit the observation tower, which once served as a radio and transmitter system for the East German state security service. The tower has been open to the public since 1990 and is now home to a museum that commemorates the time when many films were produced in Woltersdorf during the silent film era. If you are interested in sailing ships, you can take a look at the sailing yacht “Berliner Bär”, the largest ship that was built in the GDR on a private initiative and still belongs to the Verein Segel-Club-Flakensee e.V. This excursion is also worth visiting the Rüdersdorf Museum Park, which is very close. There you can visit a former cement and lime works and the associated limestone quarrying in a 17 hectare industrial park. The plant was in operation until 1967 and has been almost completely preserved, so that a tour is informative. Limestone mining has been practiced in this area since the 13th century, so that one can also explore a little old history.

About 20 km south of the Berlin city limits is the destination Zossen, which can also be reached on a bike tour. Anyone interested in history shouldn’t miss a visit to the bunker town of Wünsdorf. The sights that can be visited there include, in addition to the bunker complex, an infantry shooting school, the officers’ houses and the troop camp. A special attraction is the small garrison museum, which has been furnished with great attention to detail. When strolling through the center of the village you can visit the Holy Trinity Church. You can experience special fun between Zossen and Jüterbog. Germany’s longest trolleybus line runs there, which operates on a disused track section of the former historic Royal Prussian Military Railway. There is a choice of different handrails, such as bicycle drains, small or large handrails, with which you can kick or pry forward. Along the way you can also visit other Zossen sights, such as the Saalower Paltrock and the barn windmills, and also admire the Mellensee at close range. 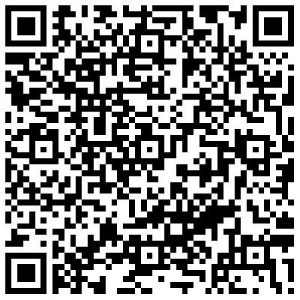